Reaching a common understanding for a monetary policy target

Beginning this year, the Bank of Thailand’s Monetary Policy Committee, jointly with the Minister of Finance, will be required to set an annual target for monetary policy for the following year. Coordinating with the fiscal authorities in setting a target aims to ensure that monetary policy is aligned with the country’s overall economic policy direction.

A knee-jerk reaction by skeptics would be that such a process would allow politics to influence the policy target to support short-term growth through an increased tolerance for higher inflation. This basic trade-off arises from the potential role for monetary policy in stimulating growth in the short-term, given short-term price stickiness, but leading to higher and persistent inflation in the long-run.

Such concerns were recently reflected in financial markets following concerns about political influence in the selection of external members of the BOT’s Court of Directors – who in turn would appoint external MPC members. Markets subsequently revised their policy rate forecasts downwards in anticipation of a new MPC which they believed would be more pro growth.

These concerns are by no means exclusive to Thailand, however. To minimize the risks of political pressure, various countries have adopted both formal and informal safeguards. These range from granting the central bank independence in setting its own goals, such as the US Fed’s mandate in targeting full-employment and price stability among other goals allowed by law, to granting operational independence to the central bank. In the latter case, central banks are given discretion to set their policy instruments to meet their targets agreed upon with their respective Governments.

In the case of the Bank of England – arguably one of the worlds most credible inflation targeting central banks – the target for monetary policy is set annually by the Chancellor of the Exchequer. In his statement setting out this goal each year, the Chancellor clearly notes that there is a value in continuity/ of the policy target. In practice, the inflation target has remained low, having been revised only once since the Bank was granted operational independence in 1997, from 2.5% to a 2% CPI target in 2004. Other highly credible central banks – such as the central banks of Canada, Norway, New Zealand and Australia – have also been granted operational independence in achieving their monetary policy goals, which are either mandated by or agreed upon with their respective Governments. 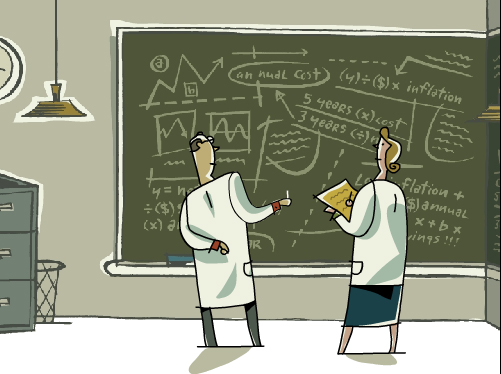 Despite the annual renewal of policy targets, however, actual target changes in these countries have been few and far between, reflecting an understanding by the central bank and the government of the lagged-nature of monetary policy transmission, and the need for target stability to effectively anchor long-term inflation expectations. More importantly, this must reflect a mutual understanding – by the policy making authorities as well as the public at large – that the only long-term role for monetary policy is in creating an environment of price stability which would help support sustainable economic growth.